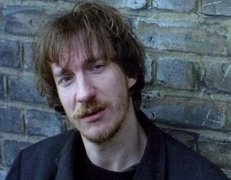 In the video store recently I saw one of those little staff reviews on a post it that prompted me to take it out on the guy at the cash register, which wasn’t fair of me given that Tower Video most certainly doesn’t pay the rate that would get them a film critic—-which is nothing. I dont remember the staffer’s words exactly, but the gist of it was “A brilliant film for its darkness and cynicism. David Thewlis’ gives the performance of a lifetime as nihilistic Johnny.”
This upset me because David Thewlis (Johnny) is precisely not a nihilist. He’s an idealist.
I looked up some other reviews just now on IMDB.com and found that a lot of reviewers read David Thewlis as a nihilist, or a cynic. And I found myself wondering why. Thewlis appears to be a nihilist, he acts cynically, but his actions land him in situations, and bring him to endings, because he can’t break out of his own repetition. He’s got the insights and the clarity of mind to give him awareness of how things are and what he’s doing. But he’s broken, disappointed, and at some point he was probably damaged by his family and is now playing out his childhood drama with others (some of whom don’t care, would care, might care, or do care about him).
Mike Leigh’s method of directing in this film is perfectly suited to producing the nocturnal milieu in which David Thewlis staggers towards his exit. It works because the actors develop the story using emotional connections and communication. The film is about how these people feel, and its entertainment obtains from the tensions, distance, spaces and gaps that punctuate their attempts to understand one another and to find some kind of peace. None of these characters get what they want. Which is why I think the film is a psychological film, and should be read not for its thematic substance (which might be described as an articulation of per-apocalpytic nihilism) but for its exploration of the lives and actions of people whose hearts and minds are crippled by fear and uncertainty, people who search for something better in reality but can’t seem to do it together. Naked is the expression of hearts exposed.

From reviews on imdb.com

“One of the most powerful British films of the 90s. Mike Leigh directs David Thewlis in an unrelenting, uncompromisingly cynical portrayal of self-loathing and alienation.”

“Don’t waste your life” A security guard advises the nihilistic anti hero Johnny. This film is macabre, raw, and with dialogue as sharp as anything ever witnessed on celluloid.”

“Being a fellow northerner, I can see echoes of myself in Johnny, which no doubt adds to the film’s appeal for me. But I’d recommend it to any intelligent viewer, not least because of the contrast it throws up between nihilism and nothingarianism.”

“Mike Leigh’s masterpiece; the tale of Johnny, a mid twenties Mancunian drifter who heads down to London (having nicked a car) and tracks down an old girlfriend. He seduces Sophie (the excellent Katrin Cartlidge), unleashes a display of venom on his old lover, Louise (Lesley Sharp) and staggers off into the night when both women become too much for him to bear.

This is one of the hardest films I have ever had to review. Topics such as urban alienation, career-choice unemployment, leeching, homelessness, drug taking and sexual violence would normally send me running for cover; but what we have here is so well constructed and so skilfully acted that it transcends it own headline topics.

This is a classic case of car-wreck film making: You don’t praise or celebrate much, yet it is deeply fascinating and even hypnotic. People are tap dancing on the edge of a metaphorical cliff – some are there of there of their own free will.”