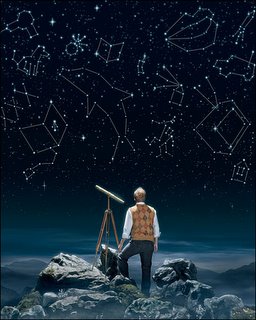 There were several interesting articles in the recent New York Times Magazine annual “Year in Ideas” edition (which was short on ideas, somewhat perturbingly) that focused on technologies and how they have been changing the warp and woof of our social fabric. This one, on DUI calling, just got me wondering why my cel phone provider doesnt have it. Not that I need to check my late-night dialing habits; but so that others can’t dial me up. I want the “UR-DUI” number. I dial it before I go to bed and then you can’t call me. Perhaps you try to call me but you get a special voicemail with a message that goes something like: “Listen up fucker, it’s way past your bedtime and waaay past my bedtime and there’s no chance in hell that whatever has you so inspired and enthusiastic is shared by the individual you’re now hoping to roust from deep slumber for a little Cain- raising and rabble rousing in the night. It ain’t going to happen!”

Until then, the tagline for cel phone companies, which still cannot block phone numbers, might as well be: “Reach out and bug the shit out of some one.” Funny. I want a voodoo phone so that I can stick it with pins and the caller on the other end is the one that hears the pin drop… Just kidding folks. DUI but only if IOU!

From the article:
Fortunately, Virgin Mobile Australia has a solution: a service called Dialing Under the Influence (D.U.I.). Before heading out for a night of debauchery, a Virgin Mobile customer simply dials 333, then the number of someone who shouldn’t be called midbender – a boss, a recent breakup, the cute boy who works two cubicles over. The number is then rendered unreachable on that handset until 6 a.m. the next morning, by which time the tongue-loosening effects of the evening’s alcohol will presumably have worn off.

Kerry Parkin, a Virgin Mobile Australia spokeswoman, admits that the D.U.I. service, which costs about 19 cents per blacklisted number, was initially hatched as a promotional gimmick. What began as a publicity stunt, however, has become a favorite among Virgin Mobile users. The D.U.I. service was used 10,000 times over the past year, including 250 times by one customer in a single month. (“We think that man might have a problem,” Parkin says.)