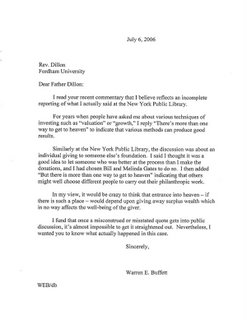 I recently posted this attempt at defining “agonistic giving” on the P2PFoundation‘s site. As Yochai Benkler describes it, “I give because I am great.” I post this again here for reasons of simple synchronicity. Buffet and Gates popped to mind (though ironically, they might be counter-examples, their wealth in fact having been established and earning them already great power, giving is simply a transfer of funds if viewed strictly from a gift economy perspective, wherein all wealth belongs to the same economy!). I then came across this letter he wrote in answer to a suggestion he’d made that there were other ways to get into heaven. Well I didnt know he’d even brought up the possibility. Funny. How did Jim Morrison put it? “You cannot petition the Lord with Prayer?” Never mind. Save lives here on earth. Hear hear.

Agonistic Giving
The agonistic view of society emphasizes competition, performance, and difference over consensus and understanding, if an abridged definition can suffice here. Agonistic giving, a term used by Yochai Benkler, describes the kind of giving that increases the giver’s power and status. Giving accrues stature to the giver by elevating him or her above others through generosity.

Any theory of the gift, of course, assumes a recipient. For a gift to be given, it has to be accepted.

Here then is where social relations come into play. Viewed only in terms of the giver’s indvidual performance, agonistic giving would be an act by which the giver can increase his or her stature just by giving. Have Bill Gates and Warren Buffet done just that? Or is that how our media report their act, and present it to us?

In fact, the gift, to be a gift, must be accepted. The recipient must accept and acknowledge the giver’s performance. Viewed from a social perspective, the giver is not simply free to create power by simply giving; recognition, visibility, and some measure of symbolic or meaningful (if not real) power and status must attach to the act. The performance would then mean nothing out of context, namely social context. A rose, given is just a flower handed by one person to another. But as a symbolic gesture, the rose is an expression of one’s love, affection, perhaps even commitment. The recipient must accept the gift if it is to have the power invested in it. This binds the giver to the recipient. And to some social theorists and anthropologists, gift giving always involves the creation of a debt, a relation of obligation, an economy of reciprocity and circulation of debt. Debt being the future repayment and return of an obligation.

In other words, debt being in fact not the object, nor its “objective” value, but the relationship it binds. One can go as far as to argue that debt is the preservation of tradition and the anchoring of social relations in time, for debt as an unresolved and “hanging” obligation projects social relations into the future. Whether agonistic giving is something we do to get power, respect, and status depends on whether we’re talking about the giver’s intent or the social and cultural context in which the performance takes place. One could say the same for pure giving.