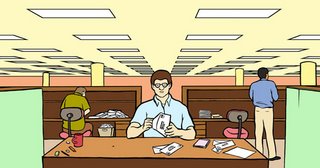 The conditions for social change. I remember dodging Autonomen, clad in black balaklavas and German army (West Germany, that is) sweaters, Doc Martins, and coddling small cubes of brick pried from the sedentary and well socialized-sidewalks of Berlin as they upset peace protests to smash Kaufhaus windows and loot in opposition to Pres. Ronald Reagan’s visit to the Wall.
Well Reagan left a suitcase (Kennedy left his heart; or did i get it backwards?) and the line from Anarchists to Brighton Mods was shorter than a fashion statement. Who would’ve seen it?
Times have changed since Dylan took Albert Hall and the Autonomen took Berlin. We no longer believe in Utopian social change. Change itself is claimed as a fight for environmental survival, a global understanding perhaps being a byproduct, but objectives, really, are fundamental. As Burton puts it in Night of the Iguana, social and political movements seek to preserve the reality plane more than they insist on realizing aims on the fantasy plane. (One could argue of course that this kind of re-jiggering of global system is a utopian fantasy.)
How do we get from here to there? What forces, if it’s not the very flooding of IRS and other government parking structures, will show us what’s going on, that it’s time if not for an Ark then for a small dinghy and a whistle to blow. Will our systems absorb environmental events and adjust accordingly? Or will our systems lock down and prepare to defend the castle on the hill?
As power moves from its Western centers, the US especially, to South Asia, Russia, and China, do the fading powers screw up the transfer out of blind pride (and a well-stocked military) or do trans-national organizations and institutions (including multi-nationals) displace sovereign authority? Do the new world powers even have multi-nationals of their own that behave as multi-nationals, or are they gems of revanchist national pride cloaked in shareholder shares dispensed by ticker tape?
Any perspective on systems and their relations must know how power and force is distributed throughout. And must be able to see how transformation occurs within.
In human relations, change can come from direct interaction. Or it can be provided through indirect images and messages. Of the latter, we may have lost the image of a burning department store (probably for the better).
To wit: were’s a comic reference guide for change from within.