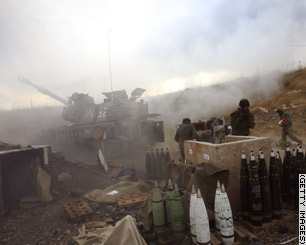 Long ago when Condi was younger than I am now, than I was several years ago, I wrote an honors thesis while a student of international relations at Stanford arguing that trust in the international system could be accrued, in theory, as well through a regime of information transparency and communication. It was a critique of real politik, whose military bias led it to see power as held by states in the international system, balanced globally (read: Kissinger, think: dominoes), and protected by active military regimes (force projection, territorial protection).

Things are falling apart. Our global institutions are not unbiased, communication has not proven a way out of conflict, be it actual or virtual, national or system, and a growing divide seems to be shaping up between those holding on to and protecting their historic influence and lacking natural resources, and those in possession of natural resources and thus possibly holding the keys to power in the future. Just look at the US, Britain, Europe, and compare against Russia and China. Honestly, it’s not looking good at all. What we’re seeing today is possibly just the beginning. Smaller states engaged in a taste of the proxy conflict that, if unchecked, could easily devolve into big power conflicts over energy, labor, and capital.

I used to think communication would lead us out of centuries of military conflict. But we’re not doing so well at communicating. To succeed in establishing trust in the international system, communication must be honest. Understanding, and reaching agreement, is possible only if communication is truthful. If it’s not truthful, it’s strategic, manipulative, deceptive, and that does nothing but to obtain results from communication based on force and coercion rather than consensus and partnership.

I’ve been getting into systems theory again recently and yesterday I began to wonder whether capitalism (not my favorite organization of human relations) might be our only hope. If we take the assumption that every system, be it religious, military, political, social, financial reproduces itself by making selections from available information, making choices, in other words, then capitalism has two things going for it (and us?): it presumes linear growth and it’s oriented to the future. The presumption of growth, even if it’s a fundamentally cracked assumption, motivates future-oriented action. And we need to preserve future possibilities now more than ever. Religious, ethnic, territorial, political, and military forms of social organization carry a lot of historical baggage, heavy memories, and a perception of Self that’s often de facto opposed to Other. Capitalism, by choosing possibilities of growth (some people read: exploitation), sees Self as inclusive of Other (some read: assimilative).

I’d like to keep thinking that communication offers a means of preserving and respecting difference while forging a common future out of trust, discourse, and agreement. But we’re running out of time to reach agreement, and “rogue” states, stateless movements, and global institutions simply stall when they see that their communication partners are powerless (as we are vis a vis Iran and N Korea, Venezuela, etc.) Why have things not blown up with Venezuela? We buy their oil. And Iran? We buy their oil. Russia? We buy their oil.

The G8 (really, the G7+Russia) meet imminently and Bush is going to tell Putin that he likes Aquafresh toothpaste too. Toothless talk from a system that’s got no bite left but the one it drops into a glass of water by the bedstand, nightly. I’d like to think that understanding beats profit. But if we don’t have enough time? Capitalism still has its quarterly reports to prepare, and that’s three months at least…