Skip to content
Posted on January 25, 2007 by Adrian Chan

From Two Regimes of Madness, by Gilles Deleuze
“In the old conception of the detective novel, we would be shown a genius detective devoting the whole power of his mind to the search and discovery of the truth. The idea of truth in the classic detective novel was totally philosophical, that is, it was the product of the effort and the operations of the mind. So it is that police investigation modeled itself on philosophical inquiry, and conversely, gave to philosophy an unusual object to elucidate: crime.
There are two schools of truth: 1) the French school (Descartes), where truth is a question of some fundamental intellectual intuition, from which the rest is rigorously deduced; and 2) the English school (Hobbes), according to which truth is always induced from something else, interpreted from sensory indices. In a word, deduction and induction. The detective novel reproduced this duality, though in a movement which was proper to the literary genre…” 81

“The criminal side of the affair can also be quite interesting. By a metaphysical law of reflection, the cop is no more extraordinary than the criminal—he, too, professes allegiance to justice and truth and the powers of deduction and induction. And so you have the possibility of two series of novels: the hero of the first is the detective, and the hero of the second is the criminal.” 82

“What the new literary use and exploitation of cops and criminals taught us is that police activity has nothing to do with a metaphysical or scientific search for the truth. Police work no more resembles scientific inquiry than a telephone call from an informant, inter-police relations, or mechanisms of torture resemble metaphysics. As a general rule, there are two distinct cases: 1) the professional murder, where the police know immediately more or less who is responsible; and 2) the sexual murder, where the guilty party could be anyone. But in either case the problem is not framed in terms of truth. It is rather an astonishing compensation of error. ….”

“This is because the truth is in no way the ambient element of the investigation: not for a moment does one believe that this compensation of errors aims for the discovery of the truth as its final objective. On the contrary, this compensation has its own dimension, its own sufficiency, a kind of equilibrium or the reestablishment of it, a process of restitution that allows a society, at the limits of cynicism, to hide what it wants to hide, reveal what it wants to reveal, deny all evidence, and champion the improbable. The killer still at large may be killed for still other errors, and so it is that these compensations have no other object that to perpetuate an equilibrium that represents a society in its entirety at the heights of its power of falsehood.” 83

Deleuze’s claim is interesting and offers up some rich material in just a few paragraphs. That the modern crime film has followed a journey in parallel with novel seems obvious. Though film of course has tracked its own arc through the genre with perhaps more bricollage, blending, borrowing, or baking together of cops and robbers, cowboys and indians, mafia, and buddy/road movie themes than literature. Visual montage is more flexible than the written form (to wit, Thomas Pynchon’s recent Against the Day; a film/cartoon/novel rolled into one and baked good at 420, unsparingly). But the point Deleuze makes here should not be lost amidst spaghetti western dialogue (of which there is notably little) and therapy sessions with mafia family Capos (of which there should have been more). Truth, indeed, is no longer the aim of investigative pursuits, period. And I’ll borrow here from Niklas Luhmann to make my point.

In Luhmann’s Love as Passion, the philosopher-sociologist argues that both the function and meaning of love in romance has changed fundamentally several times over the past few centuries. Modern love, in particular, has practically no love in it at all. Based neither on the romantic concept of amour, nor on the concept of passion, it has been stripped (pun intended) to the bare essentials, and by essentials we mean here the personal resources and communications of two partners whose commitment is as much to problem solving and managing the travails modern living as it is to high romance. Until death, or taxes, do us part, one might ask?

Hitchcock built a career on the frustration of romantic overtures set in famous crime-solving partnerships of screen idols (name the films: John Gavin-Janet Leigh; Cary Grant-Eva Marie Saint; Cary Grant-Ingrid Bergman; James Stewart-Kim Novack, James Stewart-Doris Day; Gregory Peck-Ingrid Bergman; Rod Taylor-Tippi Hedren) bound by crime to ill-fated courtships. Indeed it’s been often noted that Hitch’s stories were therapeutic and auto-biographical, a revealing dossier from a director whose own affections a work of love, screen gems from a marriage committed to the preserving the possibility of passionate romance on the silver screen. Where, shine they did.

The partnership as problem-solving, this intermingling of personal and professional roles, is nothing shocking any more. Today we make suspense, action, comedy, drama, documentary, and even romance out of romances. If love springs eternal, then no harm in it springing from a leak as from a fountain. Partnership now transcends the concept, pragmatism and action providing daily togetherness, and for all we know this beats the unconsummated longings of a balustrade-serenading lutist on bended knee. Who cares if we’re battling aliens on the front lawn of the White House, as long as we’re a team, right?

Lest this write up get further out of hand, allow me to back up and return to the point:
Crime is no longer the opposite of the Good and the True. It is the generalized condition of the system, and possibly a symptom of its own reproduction. In other words, crime is not really crime. It’s just, well, poor decision making. Today’s best crime series (most were British) are more dramas set in highly corrupt conditions, involving infinitely corruptible characters, given remarkably creative talents for corruption, deception, and misrepresentation, and featuring an onslaught of completely unacceptable events and situations. One hour of 24 would kill most mortals. It’s the team-manship that keeps them (and the series) alive. Team-manship that organizes Survivor at the beginning and rips it apart at the end. That propels the competing subcultures in The Wire, or that binds the loyalties of territorially fenced Italians in The Sopranos. That suggests compromise and olive branch coverings for the blood-stained but en miring pitch of mud that splits the center of Deadwood. Team-manship that permits the circulation of real olive branches from informant to traitor to soldier, in Rome.

If collaboration and cooperation are the overarching themes here, then negotiation, manipulation, and deception are how they unfold. British crime series excel here, especially those political or bureaucratic dramas that have offered many of the country’s finest actors to cut their teeth at 24 frames per second. My favorite is Cracker, though House of Cards and Prime Suspect are right up there also. Though it is considerably slower, owing to its age, John Le Carre’s Tinker, Tailor, Soldier, Spy (and the follow up, Smiley’s People) give us Alec Guinness sans monk costume, and in finely textured performances of a weary but crafty statesman of espionage.

Perhaps that’s the difference between the British and the American genres (speaking of crime TV). The British versions feature the demands of stewardship, intelligence, be it for the detective work or for the cover up. The tension and plot are moved along by cock-ups, exposures, finely executed schemes and well-stashed hidden agendas. The stories are powered by conversations, encounters, chance looks and accidental sightings giving away what the audience knows but which the characters don’t. In a word, Hitchcock.

The American versions, in contrast, tend to give us more of the improbable event, the surprise and cliff-hanger (good for commercial breaks) and to end each episode on, as well as inventions that show off the writers’ collective and caffeine-fueled white-boarding sessions. It’s easy to picture these creators of dramatic programming at work, up late around a table of splintering formica, names, signs, ballistics, forensics, and mystic numbers all connected by arrows on the white board like some old Monday Night football intervention by John Madden gone horribly awry. Piles of scripts in a complete spectrum of colors strewn about so that nobody can copy them, and nobody knows which one contains the real ending (it’s the black one). Speed, surprise, and the unexpected drive so many American versions of the crime genre, though this is not a bad thing necessarily, just a different thing. Recently, it seems, HBO has found success with its own brand of quirky/indie puzzle pieces, each as engaging for its innovations as for anything else. And I watch them.

This then would be my take on the transformation of crime, from pursuit of truth to endemic corruption. The show must go on, and if that means taking a few bribes now and then, well perhaps that’s just show business, folks. 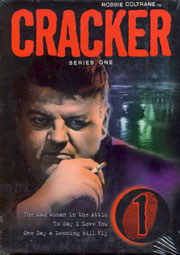 Cracker: A flawed and deeply human “forensic psychologist” pursues and nabs the criminal (while the police inevitably nab the wrong person) and more often than not draws out a confession in a climactic therapy session, a reward for his psychological affinity for, proximity to, and understanding of the criminal’s emotional system and logic. When under the gun, his challenge is to anticipate the criminal’s next crime before it occurs, and in some episodes he is even put into a relationship with the criminal, whose challenge of wits throws down a deadly gauntlet.

House of Cards: political intrigue set in the ascendance to and settling into power by a member of British Parliament, whose rise is a climb over the backs of trusting and unsuspecting friends-colleagues-women with whom the protagonist shares secrets and crimes available at any time for trade, blackmail, or other kind of exchange in an economy of debts and gifts constituted from the hidden, the unspeakable, and the unmasking in a culture that might think it, but couldn’t possibly comment on it.

The Wire: an interwoven narrative of crimes conducted and enacted in the midst of an emerging regime of surveillance whose own undoing is its own corruption, thus connecting the life on the street with the law, its enforcement, and the economy for which it stands—which is in itself connected to forces, the circulation of goods, people, services, and favors beyond the local. A logical puzzle in which no single actor or agency seems aware of the grand scheme of things, this is a detective series that engages the audience in detective work of its own: who can guess what the writers will reveal next? Action and events transform or realign relations among the show’s participants, and those relations weave a web that erases distinctions between police/public, good/bad, right/wrong, black/white, and so on. 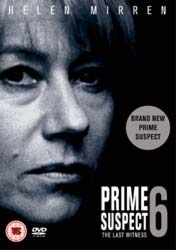 Prime Suspect: The crime committed may drive the narrative’s plot, but the real story is in the culture of a detective unit unaccustomed to taking orders from a woman, and her role is not only to solve the crime/mystery but to realign relations among corrupt cops and closed-minded bureaucrats behind their backs, behind closed doors, which the audience hopes will be a bedroom door (and sometimes it is). A woman’s power to reorganize relations according to the personal, while still operating effectively as a bureaucrat creates an ongoing tension: Helen Mirren must play a dual role as a chief detective, thus realizing the feminist claim, the personal is political. She accomplishes this through a mix of personal and professional achievements, the ambiguity of which it might be (and with which fellow detective) driving the audience’s engagement. Ultimately the choice is a social and ethical one, and the audience is given both to enjoy: woman desired, woman respected.